Documentation During Demolition: Photos Are The Key

In reality, much more goes into the prepping a demo site than most people realize. Demolition of a job site takes a lot of preparation and should be well documented. 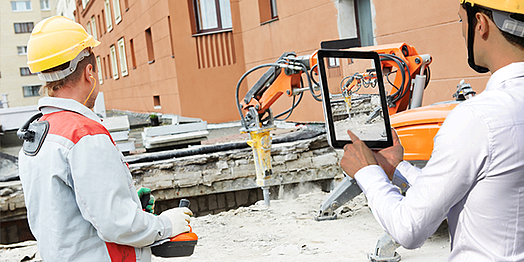 The Japanese company Kajima Construction has developed a new method for manual demolition. It involves using computer-controlled hydraulic jacks to support the bottom floor while removing supportive columns. Each individual floor is lowered with the process repeated for every floor. As noted in the article from Popular Science, Kajima’s technique is safer and more environmentally friendly, and is particularly useful in areas of high population density.

According to Kajima’s research, keeping demolition on the ground has many benefits, primarily safety, environmental impact and time savings. Via their new method, Kajima cut demolition time by one-fifth.

Demolitions are involved processes that consume a lot of time. Many of those factors cannot really be adjusted – think obtaining permits and proximity to busy streets and highways.The process inevitably takes time because of the coordination involved. However, similar to Kajima’s innovative methods a photo documentation strategy can also save time. In addition to saving time, photo documentation throughout the demolition process is a best practice. Why?

In reality, much more goes into the prepping a demo site than most people realize. Demolition of a job site is multifaceted taking a lot of preparation (securing permits, utilities disconnected, abatements, hazmat removal, interiors removal….the list goes on). Photo Documentation is a safe and cost-effective way to chronicle the project because once everything is removed or torn down, it is gone and there is no going back. Demolition professionals should chronologically document their using visuals (photo documentation) to ensure accurate reporting to owners and General Contractors, and to also protect themselves from retroactive claims against their work.

“Chronologically” seems to be inherently associated with “time-consuming” but it does not have to be.  Photo documentation actually accelerates both the capture and processing times. Capturing is quick and the human brain processes visuals 60,000 times faster than text.  It’s literally a “no brainer.”

Each has its own unique guidelines and associated steps but they all share the need for photo documentation.

Prior to demolition, abatements are typically performed and it is a best practice to photo document those activities. Abatements can range from something as seemingly harmless as ‘rodent abatement’ to the more serious (and associated with federal regulations) ‘asbestos abatement.’ Removing hazardous and regulated materials is serious business and should be properly and accurately documented. Securing proper permits to ensuring utilities are disconnected all go into the vitally important (and time consuming) abatement process.

Be the first to know what’s new.